Are you confused, or maybe even a little intimidated by the photo histogram? In the third and final video of this three part series, I explain the technique of exposing to the right, which you should use if you are shooting in RAW.

Did you miss them? Watch Part 1 and Part 2 in this video series first.

Are you shooting in RAW? Do you want to make sure that you are capturing the maximum amount of detail in your images? Hi, I’m Julie from Ultimate Photo Tips, and this week I have the final part of a three part series that I’ve been doing on histograms. This week, I want to talk about a technique called "exposing to the right." It applies only if you are shooting RAW, and not jpeg, because it assumes you will be post-processing your images. 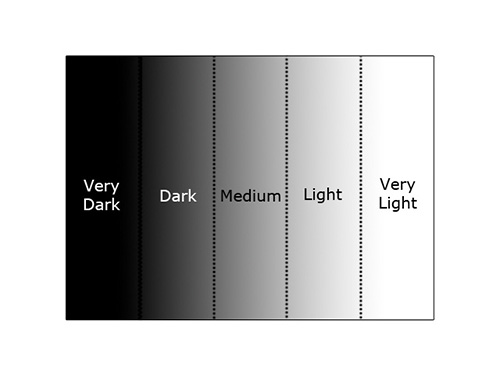 When you look at your camera’s histogram display, and you see an even division of the space from dark to light tones, you may think that your camera captures an equal amount of data at each brightness level. It does not! In fact, your camera captures exponentially more data in the light tones. Half of your camera’s data is reserved for the brightest stop of light. That means if you are not exposing in such a way that your photo histogram stretches all the way to the right, you are wasting mega pixels! If you don’t have any data in the top stop of your histogram, then you are not using a full half of your available megapixels. Let’s look at an example: 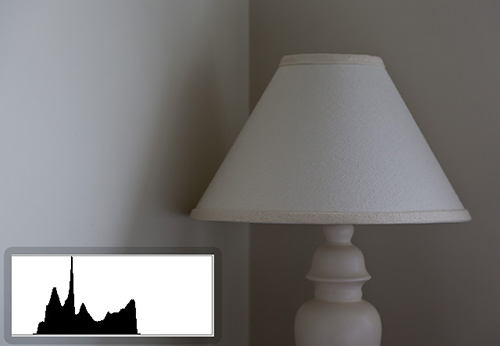 If I use the camera’s meter to judge the exposure, a light colored subject like this will be rendered as middle grey. If you look, there is a lot of room at the right side of the histogram. That means we’re only making use of less than half of the available data that our camera is capable of capturing. If we increase this exposure after the fact in our RAW editor software, you will be able to see that the image gets a bit noisy because you’re trying to fill in missing data. 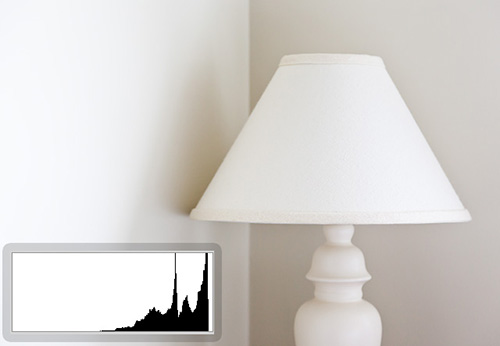 If, on the other hand, you expose to the right – in other words, increase your exposure while shooting in the field, you will capture more data. Here, the photo histogram stretches all the way to the right, so we’re making the most of the camera’s data storage. You never want to go beyond the right edge, because then you’ll blow out the highlights and lose detail, but you do want to go as close to that right side as you can. 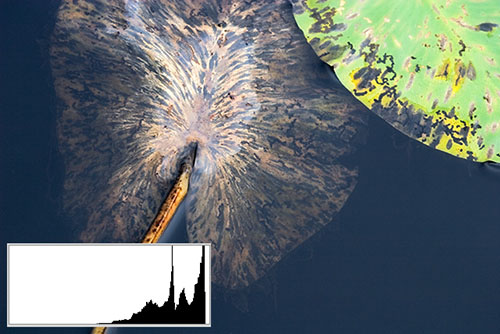 Sometimes, as in this example, you can see that the image will look too bright if you apply this technique. That’s okay! You should shoot it like this, and then use your RAW editor to reduce the exposure to your taste. 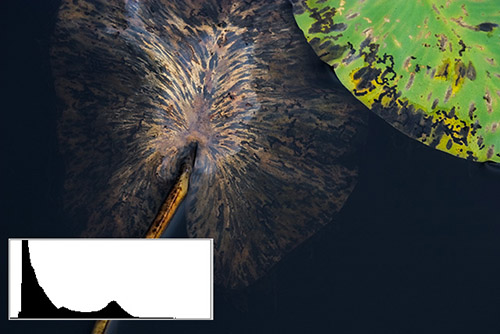 Now, in the final image, there’s room at the right side of the photo histogram, but because I photographed it using the data storage in the light tones, I have captured more data, and will have an image that’s much richer in detail.

That’s it for this week’s tip! Remember, for more explanation of histograms, and more examples, make sure you check out the other photo histogram pages on ultimate-photo-tips.com, linked below this video.