Understanding exposure basics is crucial to making a great photograph. What is ISO? Invest some time to understand all the ingredients of exposure. Make sure you read the introduction first. Here we discuss film or sensor sensitivity, which is controlled by the camera ISO setting.

Film sensitivity means how much light has to hit the film before it is correctly exposed. For example, it requires twice as much light to expose a piece of ISO 100 film correctly as it does a piece of ISO 200 film. In our our analogy of filling a bucket of water, the ISO is equivalent to the size of the bucket. A smaller bucket (more sensitive film) holds less water (needs less light to arrive at a correct exposure).

In the days of film, you wanted to know that if you bought a roll of Fuji film rated at ISO 100, that it would display the same exposure characteristics as a roll of Kodak film rated at ISO 100. That’s where the standards organization comes in. It sets criteria that the film companies much follow so that ISO 100 means the same thing for everyone.

Film? Why all this talk of film? Well, it’s a bit easier to explain things in terms of film, but the same principles now apply in the digital world. The advantage now is that you can change your camera ISO setting at any time. In the days of film, you had to shoot an entire roll at ISO 400 before you could change to ISO 100. As a result, many photographers carried two camera bodies, each loaded with a differently ISO-rated film, so they could be prepared for any lighting condition. 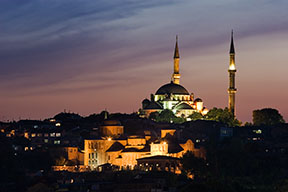 Like all three components of exposure, ISO is measured in stops. Standard ISO ratings are:

Exposure Basics: What is a stop?

Another way of saying this is that, to maintain the same exposure when changing the ISO setting, we must compensate for by varying one of the other ingredients of exposure; either shutter speed or aperture.

How do you choose the right camera ISO setting?

Exposure Basics: What is Noise?

"Noise" is an undesirable effect that can occur in digital images when the ISO setting is high. It appears as pixelation or "speckling" in the image. You often notice it in large expanses of the same color, like sky. Where the sky should be solid blue, you’ll see speckles of pink, purple, and different shades of blue, when you magnify the image.

There are times when you must choose a higher camera ISO setting because there’s not enough available light to allow a suitable aperture or shutter speed. For example, when light is low and you want to stop motion with a fast shutter speed, there comes a point when the lens is as wide open as it will go, and the image is still under-exposed. At that point, your only recourse is to increase the sensitivity by increasing the ISO setting.

Improvements in noise reduction are continually being made in the newer cameras, and you can now choose quite high ISO settings in the higher-end DSLRs without seeing much noise.

I hope you can now answer the question "What is ISO?"

Next, read about another of the exposure basics: shutter speed,

Or, you may want to skip ahead to read about aperture.