Understand the considerations of the RAW vs JPEG file formats, and which one you should be using. What is raw? What is JPEG? What are the advantages and disadvantages of each?

When you take a picture with your digital camera, it is stored as a file, first on your camera’s memory card, and later on your computer’s hard drive. This file can be in one of several formats. The most common ones used for storing images on your memory card are raw and JPEG. Let’s take a look at each one.

RAW vs JPEG: What is Raw?

When comparing RAW vs JPEG, I like to think of raw image data like unbaked cookie dough. It has all the ingredients mixed in, but it can still be shaped in any way, and then baked. Raw is so named because it represents unprocessed data. It is not actually a single file format at this stage. There are actually many raw camera formats out there used by different cameras, and even digital scanners.

A raw image is meant to record everything that your camera sensor "sees" as accurately as possible, along with information about the conditions of shooting, i.e., the metadata such as your camera settings, and lens used.

You can also think of it like a digital negative that still has to undergo processing in the digital darkroom to produce the final image. Raw data cannot be read by image programs, other than ones specialized to read camera raw. Usually, you read your raw files with a raw converter that allows some image processing and adjustments before turning the file into a "digital positive" like a JPEG (or a TIFF, or other format).

RAW vs JPEG: What is JPEG?

All cameras record the image data in a raw file format first. However, if you are shooting in JPEG mode, the camera’s hardware will choose some automatic, pre-determined settings such as brightness, contrast, white balance, saturation, sharpening, and finally compression, and bake them in to your image. It will then throw away all the existing raw data.

RAW or JPEG: Which Should You Choose?

Advantages of shooting in JPEG

1. JPEG files are much smaller than files in raw file format, and you can fit more on a memory card. They are also more easily transmitted over the internet, which is good for news photographers.

2. Many photographers don’t want to spend the time to post-process their files, and are happy to take the camera’s settings, which can still produce a decent image. JPEG quality is just fine for family snapshots, and news photos.

3. When comparing raw vs JPEG, consider whether you are photographing a lot of motion. With cameras which can’t write quickly to the memory card, it might be better to shoot in JPEG if you are shooting in burst mode, to capture many images quickly. JPEGs take less time to write to the card.

Advantages of Shooting in Raw vs JPEG

1. By preserving the complete, original image data, you will be able to go back to your image in the future and re-process it in a different way if you have new ideas, or if a new and improved image processing technology becomes available in the future.

2. Consider raw vs JPEG in terms of preserving the original image data. Raw files are tagged with whatever settings the camera used, however, unlike with a JPEG, the actual image data has not been changed. You are able to set whatever white balance or contrast, etc. you want to after the fact, with no image degradation. In contrast, once you bake in white balance to a JPEG file, you can never properly adjust it later. Also, changes you make after the fact to a JPEG image will result in image degradation; each time you save a JPEG file, you lose data, since it is a lossy compression format.

Although we refer to 16-bit mode, in fact the camera is usually only recording a 12-bit image. This is still far better than the 8-bit image recorded when shooting in JPEG mode.

3. If you are going to be adjusting your images through post-processing, possibly the most important advantage of raw vs JPEG is the amount of data that is stored. when you shoot in raw file format, you are shooting in 16-bit mode (i.e., a 12-bit recorded image).

A 12-bit image contains 4,096 brightness levels, in contrast with an 8-bit JPEG image, which has only 256. This becomes significant when you are trying to bring out detail from the shadows. Because the brightest parts of the image contain exponentially more data than the darkest parts, this means that you have very little information in the shadows. With a 12-bit image, only 128 of your entire 4,096 brightness levels are found in the darkest fifth of the image. For an 8-bit image, there are a measly 20 levels in the darkest range.

If you want to make an adjustment to recover shadow detail, would you rather be working with an 8-bit image or a 12-bit one?

You need special software to convert your raw files to a format that’s readable by other image programs. Files in raw file format are encoded differently by each camera manufacturer, and are sometimes even different between camera models. Consequently, camera manufacturers provide camera raw converter software when you buy your camera. This software is typically only "so-so" in terms of performance, features and user interface, and rarely "great."

Luckily, you have some great alternatives available. There are many raw converters on the market. I’ll mention the two most popular here.

The Camera Raw converter that is built into both Adobe Photoshop® CS and Adobe Lightroom® supports just about every raw file format on the market. It is excellent quality and full-featured. The disadvantage is that you have to buy the whole software package, and not just the converter. This was more of an issue when the converter was only available in Photoshop. Now that it is available in the lower-priced Lightroom software, it’s a great deal in my opinion. Lightroom is an excellent raw converter, and provides a host of useful image management features as well.

If you are looking for a standalone raw converter, consider Phase One’s CaptureOne. It’s available in various versions to support the different camera formats, and is priced according to the corresponding supported camera cost (i.e., support for the low-end DSLRs costs less than for the high-end DSLRs). 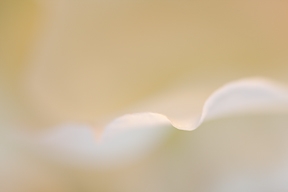 RAW vs JPEG: What is DNG format?

Digital Negative (DNG) arrived in 2004, and is an open raw image format created and owned by Adobe. What does it mean to be "open?"

Today, each camera manufacturer has its own, proprietary raw format, and often more than one for the various camera models that they produce. An open format is the opposite of proprietary. It means the details of the specification are published publicly for anyone to see, and rights are granted for anyone to use the format royalty-free.

What’s the advantage of DNG format to you, the photographer? It means that you are not tied to a particular manufacturer’s format. If your camera maker went bankrupt tomorrow, how would you read your files? Well, you’d still have the software you have today. How long would that last, though? Floppy disks are a thing of the past now, so perhaps in ten years time, it won’t be easy to read a DVD.

To me, however, the above is not a compelling argument to rush and use DNG format now. There are DNG converters available now, and if at any time my camera manufacturer does go bankrupt, there will be a window of time where I can make the conversion if I need to.

The real advantage is for the photographic marketplace as a whole. Today, there are dozens, even hundreds of raw formats that must be supported by every piece of software that wants to do image manipulation. How much easier (and cheaper!) it would be to develop such software if there were only a single industry standard format to support. Ideally, everyone from the camera manufacturers on down would adopt the standard, and then we’d all be speaking a universal language, and no conversion would be necessary. That’s the direction many are trying to encourage the industry to go. You have some time to wait and see how things shake out.

The compelling reason to convert all your files now rather than later is that if you believe this is where we’ll ultimately end up, and you are continuing to produce mountains of raw files in the meantime, then you’re going to have one mammoth task on your hands to convert your existing stockpile of images to DNG format when the time comes.

Next, you may want to visit another digital photography basics page to learn why you MUST add "calibrate monitor" to your workflow.